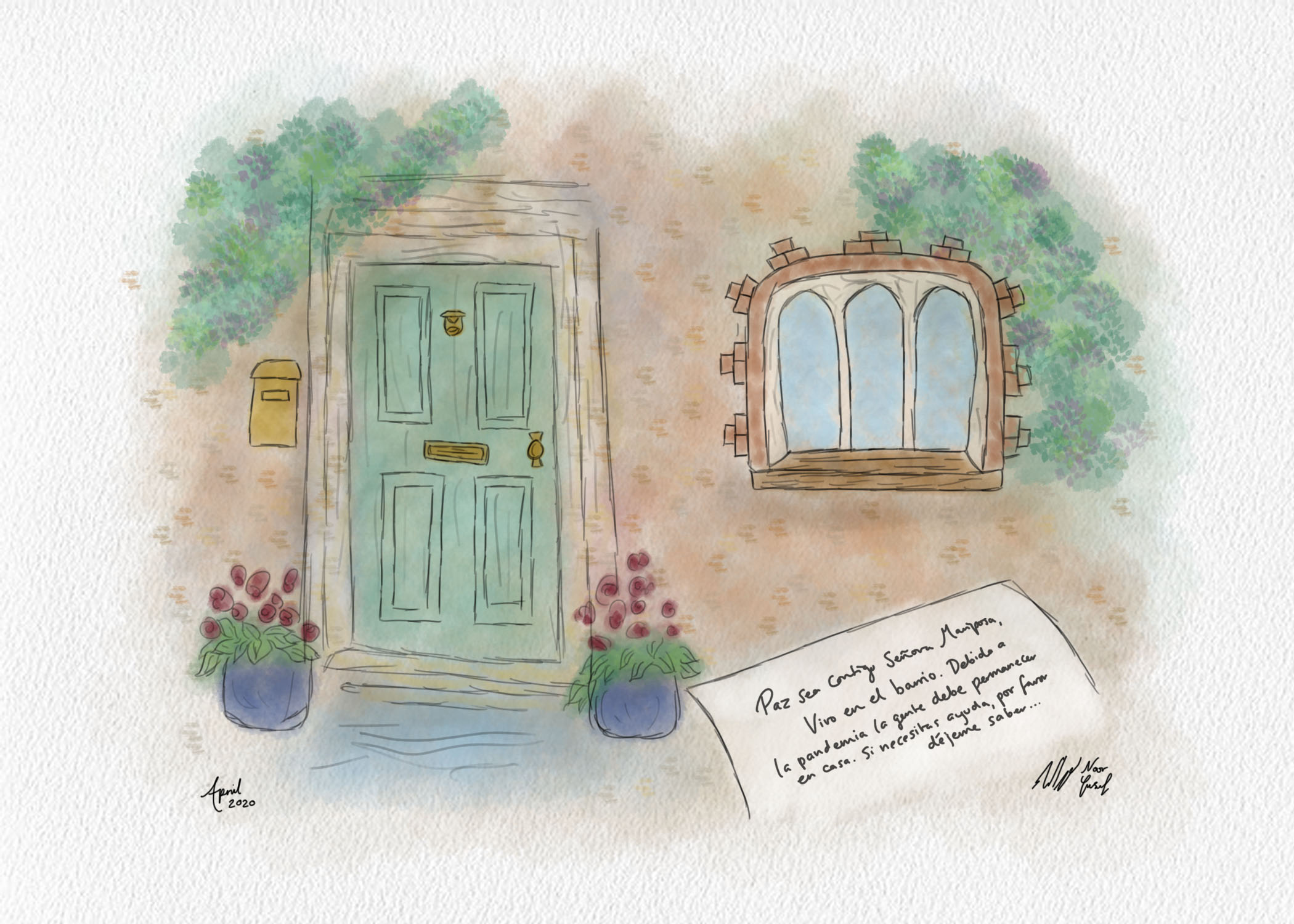 As part of the Neighbourhood Watch, Mum and Dad have been taking it in turns to knock on peoples’ doors and check in. I try to go too because I think I can be quite good at helping. It certainly turned out that way today. It was five houses down on the opposite side of the road that we checked on today. The house was one of the prettiest on the whole street, with flowerpots hanging on either side of the door and pansies lining the pathway up. I was glad to see them in bloom; maybe spring was finally showing up. A woman opened the door and kept her distance just as we kept ours. “Hello there, just coming to see if you’re all doing alright and if you need anything?”

“Should we try Google translate, Mum?” I asked. “Yes, good idea. Sí,” she smiled and nodded at the woman.

“Mariposa,” she replied, “y ¿Cómo te llamas?” I had no idea what that meant so I moved onto the next question. “Er… ¿Necesitas ayuda?” I think I pronounced that wrong because she stared at me for a few moments then said, “¿ayuda para qué?” This plan of mine wasn’t really working. I thought quickly. “Espera, volveré,” I said, hoping it would mean something like ‘wait, I’ll come back.’ It must have made sense because she nodded. Mum continued to the next house while I rushed home and opened up the computer. I wrote a short letter explaining what we were doing and asking her to let us know if she needed anything. I also added in ‘your name is pretty’ because I had looked ‘Mariposa’ up and it meant ‘butterfly.’ I wish I was called Butterfly.

Then I put the whole letter through the translator and ended up with the entire passage in Spanish. I couldn’t really check it over for mistakes, so I just added our address and number at the bottom then slipped it through her mailbox. About an hour later, the doorbell rang. There was no one there, but I saw an envelope by the shoe rack with a butterfly sticker on it. Mariposa had replied! In English! She must have used a translator too, because it didn’t all make sense, but I got the gist of it – as she must have of mine. She thanked us and said that we should also call her if we needed anything. So odd, I thought. A week ago, I didn’t know anyone on the road except the people immediately next door. It was quite nice getting to know all these different people, and see everyone extending all these kindnesses. I added a new bullet point to my House Arrest Agenda:

Continuing the story of the semi-fictional journal entries of a child, based on what is happening. Taking inspiration from real life scenarios; a little of the sad and grave aspects, a lot of the uplifting, rallying together aspects. Chapters are about all the community work that is really happening, looking after neighbours and the elderly, ways children can and are preoccupying themselves, and inward reflection.

Good for kids to read, being written in a child’s voice. Short chapters with original illustrations.

(NB: this chapter is set before the lockdown.)