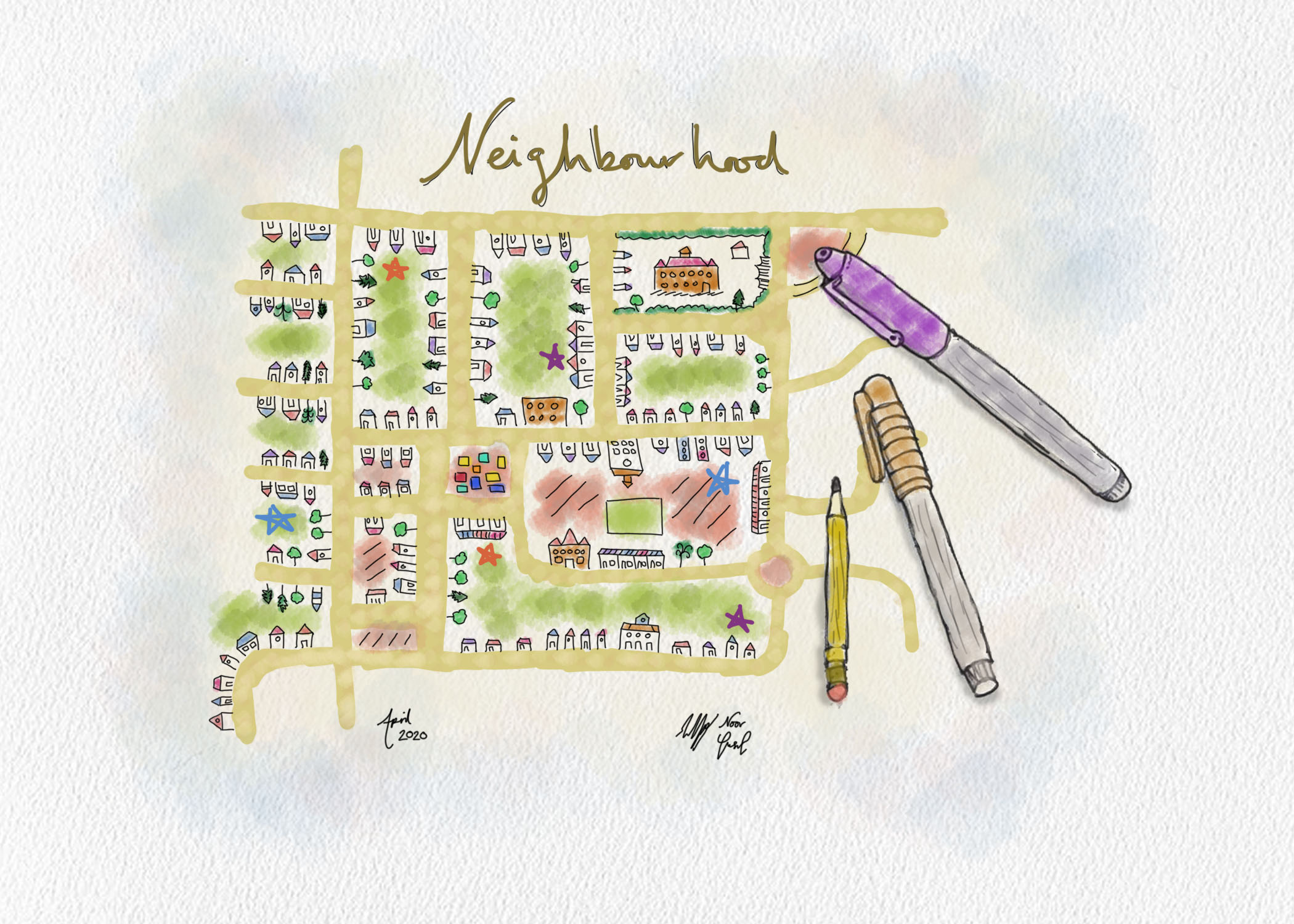 As soon as I got home (and washed my hands (and washed them again)), I pulled out my craft paper and pens, and got a map of town on the computer screen. Here was my house, here was Mrs Shawwal’s shop. Here were my friends’ houses, and here were the houses of some old people I knew. My master plan, as I called it, was simple. Mrs Shawwal would prepare packages. My friends and I would collect them at different times of the day. We would cycle there, pick up the packages and deliver them to the houses in our area that needed them. No-one would have to go out, my friends would all be on separate routes – so no risk of being together – and all of us would take the precautions advised. The winning part of my plan – to get the parents on board – was this simple, logical syllogism:

No-one is going out.
Kidnappers are not going out.
Therefore, we will not get kidnapped.

This syllogism was an essential part of the plan, because we were never allowed to go out alone. The first part of the plan was getting the routes sorted out, hence I was making maps for each of my friends. The second part was letting people know about our virus-safe delivery service. After the maps, I would start on the posters.

I’m not sure I’ve ever spent as much time on the phone as in those next few days. All my friends were on the bandwagon as soon as I revealed it (everyone was getting pretty bored stuck indoors). I found some hefty, dusty book in the cupboard called Yellow Pages (the name probably had some special symbolism, but the pages were in fact yellow). The amazing thing about it was that it had phone numbers for people in the area! It hadn’t been updated for at least ten years, but that was perfect because it was the senior citizens I was after. Mrs Shawwal loved the plan (I finally found her phone number in the book). She knew very well that we were Capable.

After that, I made the posters. Mum photocopied them and Dad took me around to deliver them to the houses that I hadn’t called. The hardest person to convince had been Mum herself. That alone took an entire three days! Finally though, a lot of tact, a measure of insistence, a dose of common sense and a bunch of promises regarding face masks, hand washing, sanitiser, curfew observations, and constant communication won the day.